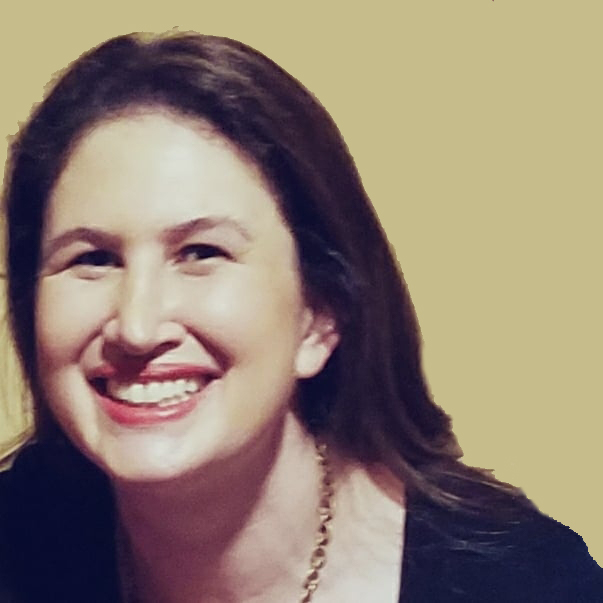 Lawyers and their clients alike may prefer mediation to litigation in certain contexts. Mediation can be appealing because of its emphasis on confidentiality and self-determination, its potential to save time and money, and the ability of experienced mediators to guide the parties toward more productive communication. Mediators may give legal advice, but not legal information; for this reason, among others, lawyers often play a crucial role in the mediation process.

Q: What is mediation?

Q: When is mediation preferable to litigation?

Q: Why is mediation a good option?

Q: When is mediation appropriate?

Q: Will mediators give legal advice?

Q: If a client agrees to have her case mediated, will she still need a lawyer?

Q: What is mediation?

Generally, mediation is voluntary, meaning that either party can end a mediation session if he feels the mediation is no longer helpful for him, sometimes simply by leaving the session. A first line of attack, mediation can often allow parties to avoid the escalation of a dispute into more formal, and often more expensive, fora (such as courts). But even if a dispute is already being litigated, or is before an arbitrator, mediation can help parties in settlement discussions before a judgment or final decision has been rendered. As long as both parties are amenable, both legal and non-legal issues can be discussed during mediation; the rules governing the mediation process are more relaxed and negotiable than the rules governing litigation and arbitration. Provided that both parties consent, anyone may attend a mediation, including the parties' attorneys or other advisors.

Q: When is mediation preferable to litigation?

A: The primary reasons that mediation may be preferable to litigation, both for lawyer-mediators and for clients, are that it can be faster and less expensive than litigation; that the mediation process promotes consensus; and that mediation is confidential.

Q: Why is mediation a good option?

Emphasizing self-determination, a hallmark of mediation, often produces good results. In the context of mediation, "self-determination" means that the parties make all substantive decisions about how to resolve their situation. The mediator does not decide what is fair for the parties; as such, the object of each party is not to prove her case to the mediator, but rather to negotiate an outcome with the other party that is acceptable to both parties. For many parties, the process of mediation is fundamentally more fulfilling than having an authority figure (whether a judge, or an arbitrator, or someone else) determine who is "right" and who is "wrong."

Mediation also allows flexibility and creative solutions, including solutions to non-legal issues that may not be the chief foci of a judge or arbitrator, but that may contribute importantly to whether the parties perceive the outcome in a positive way. In many cases, when parties determine together whether there will be a settlement, and what exactly the settlement will be, the result will be more satisfying to the parties (and, in many cases, more likely to engender full compliance).

For example, a tenant who has stopped paying rent because his landlord has not made certain repairs might prefer to pay the back rent and to have the repairs be made, rather than be evicted. The landlord may not want to lose the tenant, and may favor the same resolution. However, a court is unlikely to issue a swift order that the tenant pay rent, or that the landlord make repairs (unless they are basic housing code violations), without the time-intensive delay of a trial. If a mediation would allow the parties to come to a mutually agreeable resolution that may be more satisfying than a resolution that a court would be able to provide, the mediation has added value. Negotiated settlements, which are more likely to happen with the help of a mediator, help thousands and tenants and landlords in these types of situations every year.

A trained neutral brings "process" skills to the table, and changes the conversation

Most, though not all, mediation programs, trainers, and philosophies place a high value on a mediator being a neutral who has no prior relationship to either party and who has no interest in the outcome of the mediation. It should be noted that different mediators approach being "neutral" in different ways. Some mediators (often former litigators) believe that a mediator can and should provide her evaluation of a case. Other mediators (many of whom are also lawyers) avoid evaluating a case, believing that this can compromise the mediator's neutrality and the process of self-determination by the parties. Still others question the value and even the possibility of true neutrality in a mediator (for example, some say that the fundamental question is whether the mediator is trusted and respected by the parties, not whether the mediator is neutral). However, mediator neutrality remains a basic tenet of most mediation philosophies, and a lawyer representing someone in mediation should attempt to learn, before or at the mediation, about the mediator's general approach in this regard.

For many parties, it is a game changer to be able to sound off to, and communicate with the other party through, someone who is neutral, uninvolved, and intent on understanding the issues. A great deal has been written and theorized about exactly how mediators do and should use their position as a neutral to help parties escape from an adversarial, antagonistic, circular pattern of argument and conflict.

The value of a neutral is part psychology and part simple common sense. By questioning the parties, mediators can bring out the "grey areas" in the dispute, and help to counteract certain common psychological heuristics, such as self-serving bias and overconfidence bias, which can sometimes lead parties to unnecessarily escalate a dispute. Using listening and summarizing techniques, as well as methods of structuring and sequencing conversations, mediators help to separate the people from the problem, identify and distinguish the different issues in dispute, and help parties find common ground.

Mediation can allow parties to resolve a dispute, or series of disputes, in a matter of hours. (Contrast this with a relationship that remains contentious indefinitely, or months - and sometimes years - of litigation). Both the length of each session, and the total number of sessions required, varies widely, based on factors such as the type of mediation (for example, whether it is a divorce mediation, a commercial mediation, a court-annexed mediation, or a governmental agency mediation); the mediator's own practices; the scope of the issues discussed; and the preferences and communication styles of the parties themselves.

Across disciplines, many mediators favor sessions which last for two hours, with as few as one session or as many as several sessions. In some contexts, however, mediation sessions can last a full day (as do mediations conducted by the U.S. Equal Employment Opportunity Commission) or even several days (as can high-stakes mediations involving, for example, efforts by labor unions and management to avoid a strike).

Mediators generally charge less than or around the same fee per hour as do lawyers working on comparable matters. Of course, lawyers play a different role than do mediators, and mediation does not constitute the practice of law.

Confidentiality is a key component of what makes mediation attractive to many people. When parties do not fear that statements made during mediation may be used against them in other fora, such as courts, parties can discuss their disagreements more freely and directly.

In mediation, the parties and the mediator explicitly discuss and reach consensus about the bounds of confidentiality before entering substantive discussions. Typically, statements a party makes during mediation are inadmissible hearsay in the context of court. Mediators may not be subpoenaed to testify in court about the substance of discussions that took place during mediation. While courts have recognized rare, very limited exceptions to confidentiality, in the vast majority of cases, confidentiality has been upheld against challenge.

It is worth noting a few exceptions to confidentiality requirements. The imminent threat of criminal violence, or harm to the other party or oneself, or matters involving the abuse of a minor, can raise disclosure dilemmas for mediators. In general, a mediator will inform parties before a mediation that the mediator may break confidentiality if these exceptions arise.

The confidentiality of statements made in the context of lawsuit settlement discussions is protected by statutes and court rules. In addition, if the parties contract with each other, and with the mediator, to keep the mediation discussions confidential (as many professional mediators will insist upon as a prerequisite to most mediation cases), the discussions have the additional protection of contract law.

Q: When is mediation appropriate?

A: Since self-determination by the parties is necessary for an enduring settlement of the issues, mediation is appropriate only when both parties wish to participate in it. For this reason, whenever a mediator is compensated by the parties, both parties should contribute some amount of the compensation, to demonstrate that each party is "buying in" to the mediation.

Mediation is never appropriate in the context of an extreme power imbalance between the parties. For example, divorce mediation may not provide adequate protection for an abused spouse. Mediators are encouraged to screen for extreme power imbalances, and to call off mediations if they suspect abuses of power. However, mediation is not the practice of law, and the mediator cannot be expected to protect or advocate for either party's rights.

Mediation is only appropriate when there is what Roger Fisher and William Ury call "a zone of possible agreement," or "ZOPA." The parties must not be so fundamentally far apart on the terms of settlement, and their underlying interests, that finding common ground will be impossible. Often, a first mediation session will help to flesh out whether there is a ZOPA.

Q: Will mediators give legal advice?

A: Mediators may give legal information. However, even a lawyer-mediator generally will not give legal advice, because in her role as mediator, a lawyer is not representing either of the parties.

It can be difficult to pinpoint the distinction between legal advice and legal information. Providing legal information generally involves informing parties about which law or laws might play a role in the resolution of an issue at play in the mediation. Providing legal advice involves applying that law to those issues, or making some prediction about how a court might apply the law to those issues.

Lest the lawyer-mediator worry that he or she will be hamstrung in a mediation, it is worth emphasizing that a mediator may - according to some mediation philosophies, including my own - provide factual advice or experience-based wisdom. For example, if a husband and wife reached a consensus about temporary maintenance which a mediator, based on his experience, believed would not be acceptable or realistic for the parties in practice, the mediator would be free to say so. This is a controversial point, and certain mediation philosophies prohibit even the provision of factual advice, but many mediation philosophies allow and even encourage it.

Q: If a client agrees to have her case mediated, will she still need a lawyer?

I encourage mediation participants to seek the assistance of consulting attorneys, and strongly urge them to seek the assistance of review attorneys after the mediation process has resulted in a draft agreement. While it may be tempting to resolve matters with just the mediator, and to avoid the cost of lawyers, if there are complex legal issues or significant rights involved, then a party should obtain input from a review attorney as well. Attorneys play a crucial advisory role in bringing the law into such mediated negotiations, and they do not erase the savings, in terms of cost, time, and relationships, that a mediator provides.